Brooks School is a member of the Independent School League, an association of private high schools in New England that includes schools such as Groton, Middlesex, Milton Academy, St. Paul’s, and others. SPI developed a simple interface for Brooks, based on the “Yale” University interface concept, wherein the user scrolls the left column and information, i.e., sub-menus appear in the middle column. Simple and direct. 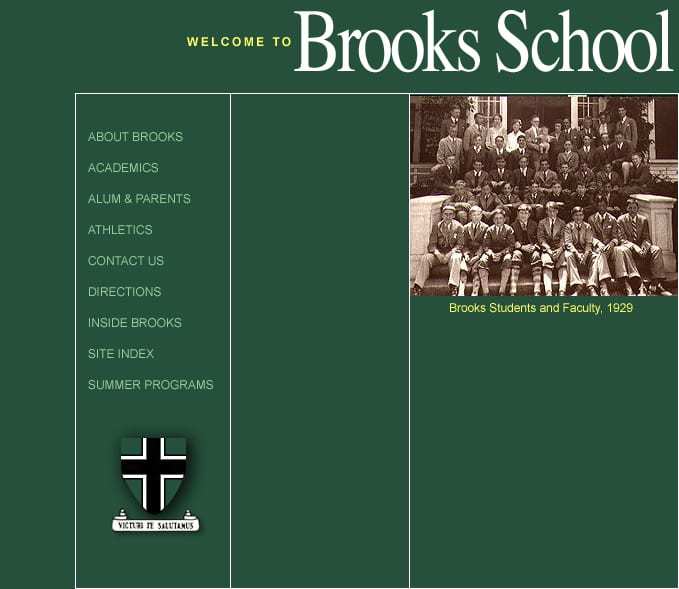 (Hover over the image…)